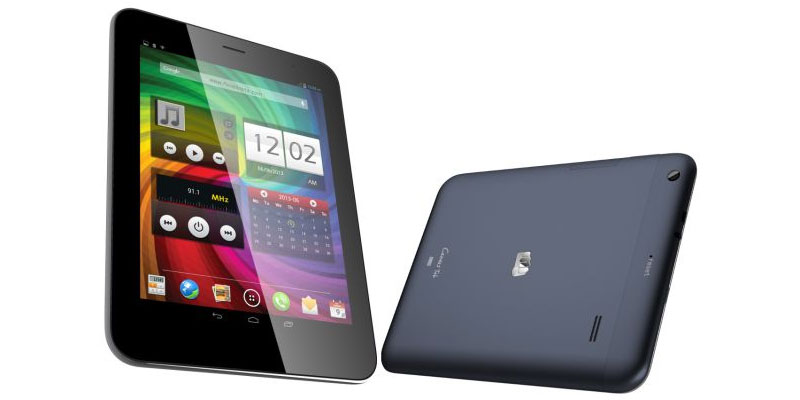 After the success of Funbook tablets and Canvas smartphones, now Micromax has rolled out first Micromax Canvas Tab P650, which is packed with slew of impressive specs.

Tech-company Micromax at this time seems to be tickled pink with the phenomenal success of its Canvas series of smartphone. It is the reason that on September 18 it has rolled out its first tablet under this series with the name of Micromax Canvas Tab P650.

Company has already won commendations from countrywide geeks with the release of several tablets under its Funbook series. Then, question is sure to be cropped up in the mind of one and all that what is unique in this tab of Canvas series. For its answer, we would like to quote, what Rahul Sharma, Micromax co-founder, says while launching this device, “With Canvas Tab, we are rendering Indian geeks a unique combo of superior technology complemented with unmatched style. This Tab will strengthen our leadership in the tablet PC market.”

Of course! The tab is the superb blend of cutting edge technology and stylish design simultaneously. It features 8-inch IPS display thus competing with the devices of leading rivals like Apple iPad mini and Samsung Galaxy Tab 3. At this time, tablet is running on Android 4.2 Jelly Bean and maker has promised that this Google’s mobile OS would be upgraded to future versions through FOTA (Firmware Over The Air) to make your experience ever richer and funnier.

This Canvas Tab is also packed with powerful 4,800mAh battery, which allows you enjoy five hours of browsing on 3G on a single charge. In addition to 3G, the device also works on Wi-Fi. It is also pre-loaded with slew of apps like Opera Mini, M! Live, Music Hub and so on.

Company has put its all efforts to make this tab exclusive in its arsenal and for this, it has also brought forth several features of Micromax Canvas 4 smartphone, which include Pop-up Browser, Video Pinning, Look away to Pause video.

Gadget is available with SIM support, but it is not clear that it would support single SIM or dual-SIM. Rolled out in Blue and White colours, Micromax Canvas Tab can be availed at Rs 16,500. In India, Micromax is second largest tablet maker holding 13.33% market share. Samsung is first with 15.76% market share.