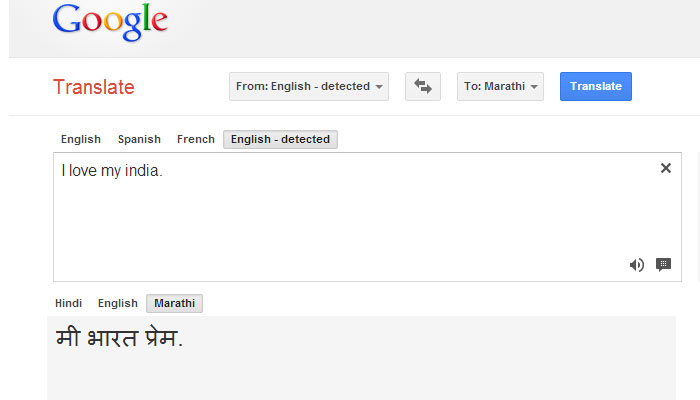 Today Google announced that it has added four languages to its widely acclaimed translation feature.

Including one Indian regional language Marathi that is speaking by over 70 million people around India specially in Maharastra state. Some of the most popular regional speaking Indian languages like Bengali, Gujarati, Hindi (national language of India), Kannada, Tamil, Telugu and Urdu have already been added by technology giant.

Three more languages are Bosnian, Cebuano and Javanese have been added.

Ever since Google unveiled Google Translate the company has been added 70 languages which are very useful while translating the text content.

You can locate Google Translate at http://translate.google.com/.

Some of the languages are in beta testing but rests are fine and you can use it for free.