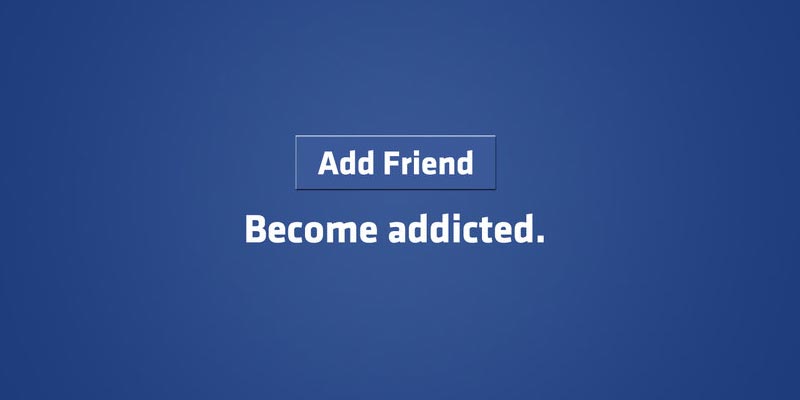 The most significant technological advancement in recent years is certainly the social media. Social media refers to the means of interactions among people in which they create, share, and exchange information and ideas in virtual communities and networks. Commonly, social media includes sites like, Facebook, Twitter etc.

When social media was a new concept, it was seen as a boon, with no other side of the coin, i.e. completely harmless. But with easy access and increased usage, problems began to surface. Gone are the days, when internet would be used only for professional purposes and knowing the wellbeing of relatives and friends living far off. Nowadays, one of the major concerns is social media addiction amongst the youth.

On one hand, social media has really opened up our communication channels. In instances its a good way to get in touch with friends and family, providing social benefit. But at the same time, it can also become so overwhelming, where you feel like you’re always having to be connected and can’t take a moment to yourself.

Given, that it is the cheapest source of communication, it has become the most widely used source of communication and with it, come so many harms caused by it. There have been situations where people have had unintentional consequences from stuff they’ve posted online, in terms of causing stress in relationships. One of the basic reasons for this is, that it is hard to express yourself online as you good as it can be done in person. There have been cases of online cheating, bullying etc which have had fatal ends. It is here, important to keep in mind that people who are addicted to social media are the teenagers or the youth, who already have so much to worry about.

Another issue caused by social media is the impact it has on young people’s self-esteem. People view others’ lives based on Facebook posts that show things such as marriages, travel and babies. They compare it to their own and feel they come up short. At time this is a direct blow to their self-esteem. From number of friend requests to the number of likes on a given photograph, everything is seen to create an impact on the psychology of the person related.

The addition of smartphones has also contributed to trouble sleeping.
There is a link between social media usage and trouble getting to bed at night. It’s often tied to mobile usage. People who are addicted to their devices wake up a lot in the middle of the night, especially if they don’t turn off their ringer, or if they keep the phone close to them. A study from Biomedical Central found that “frequent mobile phone use was associated with current stress, sleep disturbances, and symptoms of depression among the young adult men and women in cross-sectional analysis. The study suggested that high usage of mobile phones for communication were parallel with stress, sleep disturbances and depression symptoms in young men and women.

In a society, like ours, which gives immense importance to values and culture, these gadgets are also consuming the time, children should spend with their elders. So this has also harmed the society has a whole. The less the values, more are the crimes.

While many people turn to social media excessively, addiction isn’t common.
The sign of a problem is leaving social media and going back, then having a relapse. When people develop problems focusing at work because of the distraction, or ignore their family to spend time online, they may be addicted.

But like everything, there is a way out to this addiction as well.
Psychologists suggest, ““One of the things you can do is substitute healthy behavior for addictive behaviors,”

So instead of going on Facebook, take a nature break by going outside, going for a walk, taking your camera out and taking photos. Research shows that doing that is really good for your brain. It allows you to refocus and gets rid of some of those addictive tendencies.”

Social media may be playing a big role in people’s lives, but it has positives, Beyond social connection, it brings people together and provides an outlet for writing and self-expression.
“The technology itself is not good or bad — it depends how you use it”.