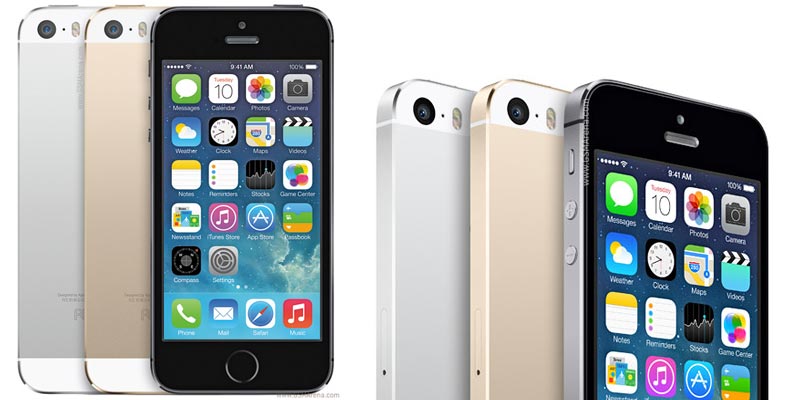 As you know new Apple iPhone 5S and the iPhone 5C are already out thence it time we check out all the various features and specification they are coming with; also it is important that we be aware of their pricing in India as well.

Display and body – there are few things and feature company thought would be best if remain the same for example ‘display’, yes there aren’t much of changes when it comes to display, as with the same 4.0 inches screen and pixel density of 326 ppi you’ll find that design of this new product is very much similar to the one of iPhone 5.

Few new features to add fun – new Apple iPhone 5S has been provided with new A7chip which Apple claims to be the world’s first 64 bit desktop-class architecture in a smartphone. Not only this, this device has also been provided with M7 motion co-processor which gathers data from the accelerometer, gyroscope and compass so that power efficiency can be improved by offloading work from the A7.

New touch id – fingerprint scanner – built in home button this touch id user is a laser cut sapphire crystal which together with the capacitive touch sensor takes a high resolution image of your fingerprint providing best security lock for your iPhone 5s. Also this touch id would allow you to app-store purchase and app updates.

8 mega pixel isight camera with few additional updates – larger f/2.2 aperture with a new sensor with 1.5μ pixels for better sensitivity and low – light performance are only few feature which can be listed with this new 8MP iSight camera which has been provided. As there are many more points which can be added while listing the advantage of such feature in a product, for example this new camera has the capability to shoot 120 frames per second in slow motion video at 720 p also same can shoot 10 frames with per second rate in bust mode.

New iOS 7 – as you must be aware this new device has been provided with iOS7 which is Apple’s latest redesigned UI.

Price in India – according to what we have come to know these handsets has been priced at $199 for 16GB, $299 for 32GB and $399 for 64GB on two-year contract in the US, whereas in India one can expect their price to be around fifty thousand rupees for 16gb and definitely upwards for the others.