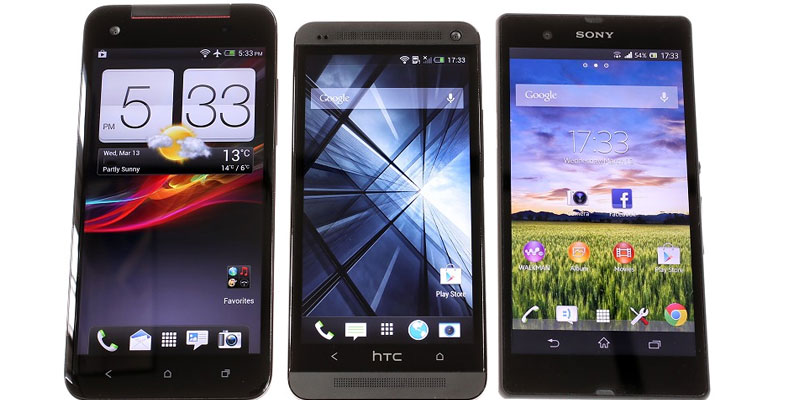 Taiwan based smartphone maker HTC is ceaselessly creating ripples in tech world with a myriad of ultra-smart devices. In case, you are going to pick the latest flagship models from HTC, then you have two choices in current year 2013, which are certain to delight your heart and suit your pocket. These include high-end HTC One and its small brother HTC One mini.

Let’s know about HTC One, which has been acclaimed as the “best new mobile handset, device or tablet” at Mobile World Congress 2013! Successful successor of last year’s HTC One X, this HTC gadget was launched in March-April 2013, sold around 5 million units in just first two months. Sleekly designed in polished-look, the device was worth comparing with Samsung Galaxy S4.

HTC One: A flagship phone model from HTC

Called as most beautiful Android phone, HTC One features 4.7 inch 1080p Super LCD 3 display, which has been admired as sharp with “faithful” colour reproduction. Its 4 MP rear camera with UltraPixel image sensor has got commendations for advanced options as well as Zoe shooting mode.

HTC One is shipped with Android 4.1.2 “Jelly Bean” plus HTC Sense 5, which is popular for Roboto font family and BlinkFeed screen. Moreover, it is also enriched with a 1.7 GHz quad-core Snapdragon 600 processor, 2GB RAM and 32 or 64 GB of internal storage. It also features BoomSound stereo speakers, Beats Audio, and HDR audio recording to capture the heart of music buffs.

On the other hand, released in August 2013, HTC One mini is a mid-range variant of HTC One to enjoy the same experience at lower prices.  Due to higher quality design and high-definition screen, it was put on comparison with Samsung Galaxy S4 Mini.

Its salient features include 4.3 inch 720p screens and 1.4 GHz dual-core Snapdragon 400 processor with 1 GB of RAM and smaller 1800 mAh battery. It’s lighter than One and is a little thinner. Camera, audio, Android and HTC Sense are same as in its big B.

In this series of latest flagship models from HTC, now rumour mill is also running about the new HTC One with codename “M8”, as current HTC One’s codename is “M7”. However, as per speculations, for grabbing M8, geeks would have to wait till next year. At the moment, the company is set to release an update for HTC One, which would improve Qualcomm’s Snapdragon 800 chip from current Snapdragon 600.