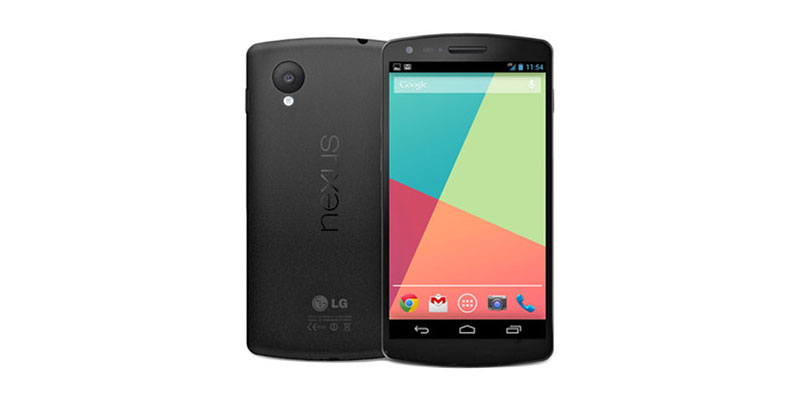 Amid rumours mills churning, Google Nexus 5 is speculated to be launched along with Android 4.4 KitKat on 18 Oct. The device is made by LG and hence is expected to be based upon LG G2 handset.

Internet giant Google has been setting the benchmarks of excellence with the launch of its several technologically advanced devices. Google Nexus Smartphone’s are also one of them, which stand out in the crowd of gadgets flooding today’s competitive market. And, now in this series, the wait is eagerly going on for much-anticipated Google Nexus 5, which would be succeeded Google Nexus 4.

Amid rumours mill churning in full swing, some leakages about this Google Smartphone have been sometimes coming out giving rise to more and more speculations.  And now, the latest rumor is that this gizmo is expected to break its cover and show its gorgeous face on 18 October.

Google Nexus 5 is all set to launch on 18th October

Of course! This hearsay cannot be totally rejected just due to lack of official confirmation, given the fact that maker is also going to its Android 4.4 KitKat version in the next month. Not to forget, October has been the birthday of Android and after the scrapping of Android Key Lime Pie, now KitKat is expected to debut with Google Nexus 5. It is also worth mentioning here that Android 4.3 Jelly Bean OS was introduced along with the roll out of Google Nexus 4 last year.

Albeit, Google has not spilled much beans about the exact date of KitKat, but, the official Facebook page of Nestle’s KitKat Germany has unintentionally (?) revealed that it may come out in October.

However, we are left stunned, in case we cast a glance over the rumors buzzing media about the specs of Google Nexus 5. I believe in them, it is being speculated that next-Gen Nexus Smartphone of Google will come with Codename “Hammerhead”.

As LG is said to be again on the OEM list of Google, it is being assumed that next Nexus gadget would be at partially based on the LG G2 handset of this South Korean company. LG has already created Nexus 4 and if we accept this spec, then we can estimate some of the major features, which have also come into view in the form of some leaked images.

Though, Google Nexus 4 is still selling in India and other countries, its stock for 8GB and 16GB model has been depleted in the US, which company would not restock. Whether it is the sign of soon launch of new succeeding device?