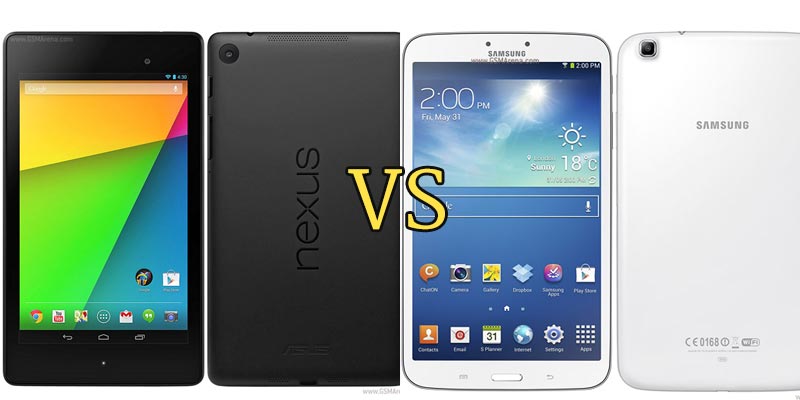 The war between the tablets of Google and Samsung is really interesting to watch?  Both packs spectacular specs, but somewhere overpasses each other, catching the attention of geeks

It is obviously a strenuous task to compare Google Nexus 7 and Samsung Galaxy tab 3, as both are the Android tablets of technology giants, whose previous devices have already won a place in the heart of geeks. Google has recently rolled out update in Nexus 7 and on the other hand, Galaxy Tab 3 has been released in three different versions including Galaxy Tab 3 7.0, Galaxy Tab 3 8.0 and Galaxy Tab 3 10.1.

One major difference between both of these tablets is their thinness. Galaxy Tab 3 is a bit slimmer in comparison to Nexus Tab. While, Galaxy Tab 3 flaunts a physical home button placed on display, Nexus tablet features solid screens, which lacks buttons. In fact, it only holds physical buttons in form of volume up and down and power buttons on its sides.

« Visualping.io: Get notified by email when a web page changed Samsung Galaxy Tab 3: For geeks from all walks of life »
comments powered by Disqus