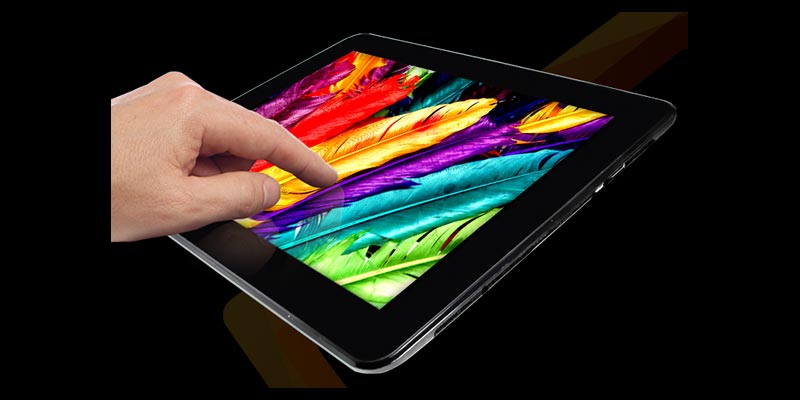 Seeking to grab a mid-range tablet at pocket friendly rates? Go for iBerry Auxus Core X4 3G, which would surely win your heart at once!

India based technology company iBerry has been rolling out a long series of devices, which stand equal to the devices of several internationally renowned brands. Apart from being packed with superior specs, these devices are also available at wallet friendly rates, thus creating a craze amongst the lovers of technology.

Company has released its new tablet iBerry Auxus Core X4 3G earlier in 2013 in Indian market. This tablet can be availed by paying just Rs 18,000, thus suiting the requirements of cost-conscious geeks, who want to enjoy cutting edge technology.

This iBerry tablet is constructed from complete plastic, which renders it light weight of just 600 grams, which can be put in the pockets without any hassle. The display screen is made durable with the use of protective scratch resistant glass surface.

The iBerry Auxus Core X4 3G is supported by IPS (In Plane switching) display technology, which lets you enjoy watching in a broad viewing angle. Apart from this, this screen features excellent color reproduction capability instead of conventional LCD displays.

The gadget is packed with 9.7 inch touch screen with 1024 x 768 pixel resolution, on which all HD games can be played with complete conviction and crystal clarity. For taking the snaps, tablet features a 2 MP camera, which is fantastic in bright as well as to medium light. For making video chat, 0.3 MP camera is placed in front.

You can enjoy amazingly fast speed on this tablet, thanks to Samsung Exynos 4412 quad core processor, which runs at 1.6 GHz. Multitasking and apps downloading are also just a touch away with its 2 GB RAM. The gadget has been successful in scoring 15050 points on AnTuTu Android benchmarking and hence proving its excellence over Samsung Galaxy tab 10.1.

However Achilles’ heel lies in its operating system, which is Android 4.0 Ice Cream Sandwich. The company is expected to launch latest updates to let the users enjoy more exciting apps. This 3G tablet comes with calling facility, but for this Bluetooth headset or a wired headset would be necessary.

Powerful 7200 mAh battery is superb to enjoy full one day intensive gaming, web browsing over 3G and calling, just on a single recharge.

Step ahead to grab these specs-enriched and pocket-friendly tablets right now!