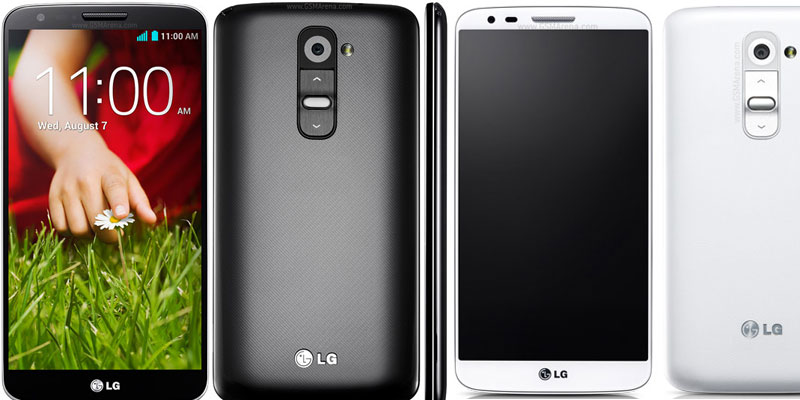 South Korean tech conglomerate LG Electronics is again all set to hit the spotlight, as it has recently officially announced LG G2, a specs-enriched Smartphone, which would be playing the role of a successor to previous LG mobile phones like LG Optimus G and LG Optimus G Pro.

This flagship device uncovered its face on the ground of New York amid tech reporters on August 7 and officially announcing LG G2, company termed it “an innovation that redefines convenience” on its Facebook fan page. Moreover, maker also ensured that this gadget is sure to make you “captivated by an immersive experience within the palm of your hand”.

Putting a check to months-long leaks and rumours, now this chick and smart device has showed his much-awaited face, taking the breath of its lovers instantly away. And now just after its release in September 2013, it has started hitting the market of several countries.

Packed with plenty of spectacular specs, LG G2 mobile phone is bound to catch the attention of one and all with its fascinating look. Unlike the glass body of its old brother, the device features exterior of polycarbonate shell making it solid and “sturdy. The researchers of LG have innovatively placed volume and power keys below rear camera instead of on bezel. Of course, now you are going to enjoy a more comfy music experience with this awesome gizmo.

The 13 MP rear camera is nice to capture the memorable moments of your life in an unforgettable style.  With an infrared emitter and an accompanying app, you can also use it as TV remote. Further, its 5.2-inch 1080p IPS touch-screen is superb to display things in rich colour and excellent viewing angles, even in direct sunlight. With 2.26 GHz quad-core Snapdragon 800 processor and 3000 mAh battery, the widget is all ready to quickly lead you into a new world of mobile phone technology.

Available in 16 or 32 GB of internal storage, it packs 2 GB RAM to hold your plenteous data, images, contacts. What’s more! Android 4.2.2 Jelly Bean coupled with LG’s “Practical UX” renders it more appeal to win your heart.  Thus, you can feel delight while using “Answer Me” (automatically answers call after lowering ringtone, when you take phone to your ear). Through “Slide Aside”, you can slide open apps to the side via three-finger swipe and can rejoice in easier multitasking.