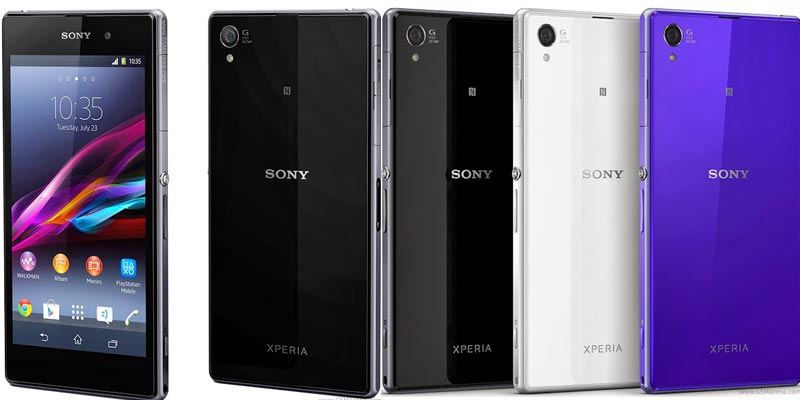 In the world of all the top smartphones, it’s a difficult task for an individual to choose the best one as each company is providing all the brilliant quad-core processors, exotic features and Full HD displays. Sony has come up with a new device, the Xperia Z1, compact and waterproof smartphone with the newest android construct in the market, its operating on Android 4.3 Jelly Bean.

The Xperia Z1, a stunning, smart and water- and- dustproof smartphone appears with a classy glass design and full HD display screen. It comes with an all-glass front and back, which exhibits the family resemblance, not only this, even the Xperia branding on the back, the large power button on the right-hand edge and the camera lens in the top- left corner highlights the similarities. In spite of the resemblances between Xperia Z and Z1, there are some differences also, and the first one is the Aluminium band that is seen around the sharp edge of the phone, it’s now comes in with rounded metal edge in Xperia Z1, that is more convenient on the hand and it looks luxurious too. The dimensions of the both are roughly similar but the Z1 is slightly thicker.

If you’ve destroyed a phone by making calls in the rain or by dropping it in the washroom, then Xperia Z1 is appropriate for you as Z1 is absolutely waterproof that you can keep it in deep water for an hour without any hesitation. Unlike the Xperia Z, which placed a flap over the headphone jack, the new Xperia Z1 comes with an inbuilt waterproof jack.

The Z1 appears with 5- inch full HD Triluminos capacitive display which comes with a scratch resistance glass. It has a pixel resolution of 1080×1920 and a pixel density of 441 ppi.  Xperia Z1 equipped with its quad-core processor supercharged to 2.2 GHz. It also possessed with LTE connectivity and 4G support for a wide range of networks. It comes with internal memory storage of 16 GB, along with a microSD slot with an expansion up to 64 GB which is certainly a bulk space for storing the data or full HD videos.

The most exciting and brilliant part of this phone is the camera which comes with huge 20.7 megapixels for a better camera experience. There is a bunch of exotic features and applications which makes this smartphone unique and top performer in all fields. Not only this, the Z1 comes with one touch NFC support and Bluetooth 4.0 which eradicates all the data transferring issues. It also has a usual array of scene modes along with sweep panorama and HDR modes.

So we can conclude that the Xperia Z1 with its remarkable and supercharged features not only gives you a nice experience but also makes your life more happening and easier.