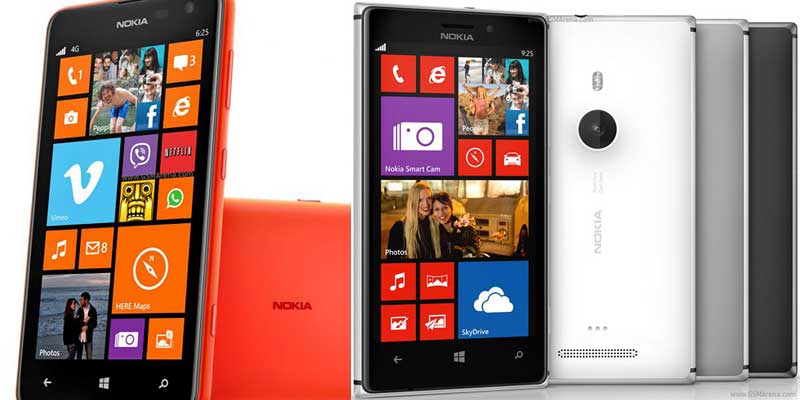 Recently two new members have been added in the family of NOKIA as nokia lumia 925 and nokia lumia 625. According to sources it was Chennai where this event took place, where famous Tamil actor Trisha introduced these two amazing pieces to perfection.

Although there is a huge difference in price of both (nokia lumia 925 is available in Rs. 33,499 and nokia lumia 625 can be purchased by paying only Rs. 19,999) but one fact is still the same that is these both perfectly deliver what has been promised: – which is perfection.

To make sure that you get customized with both the handsets in better manner, we have mentioned some of the basic features of both.

Facts and features of nokia lumia 925 –

Not just the name but features make this device a smartphone as well. In plain English beautiful sleek body with some of the best and latest features is what this handset has been provided with..

Single GSM micro SIM, windows phone 8 operating system, 1.5 GHz QUALCOMM snapdragon s4 dual core processor, 1 GB RAM and 4.5 inch capacitive touch screen are few of the many basic features which have been added into this device, these features makes it an unforgettable experience.

This new nokia mobile has been provided with corning gorilla glass 2 for that extra protection; also the same comes with wide viewing angles which make reading from all angles much easier. 8.7 megapixel primary camera with carl Zeiss optics, LED flash and full HD video recording are few more in the list. All these and more are features you can enjoy once you have this handset with you so don’t forget to check this out.

Moving on to next product, the second handset which is out in market from the house has been named as nokia lumia 625. Bigger, better and faster these are the three words which can explain this handset in much better manner and why not as without compromising in terms of quality nokia has made sure they are providing a product which not only looks good but has been stuffed with some of the best features as well.

To start with, this particular handset has been provided which one of the best operating system to work with which is none other than windows 8 thence now you can always find yourself updated no matter where you are and what you do.

Windows 8 operating system with five mega pixel primary camera, 4.7 inch capacitive touch screen, and expandable storage capacity of upto 64 GB these are only a few specification which will help you make you’re working much easier and better.

After checking out both the handset we can definitely say that these are devices which surely justify the price they have been introduced in.