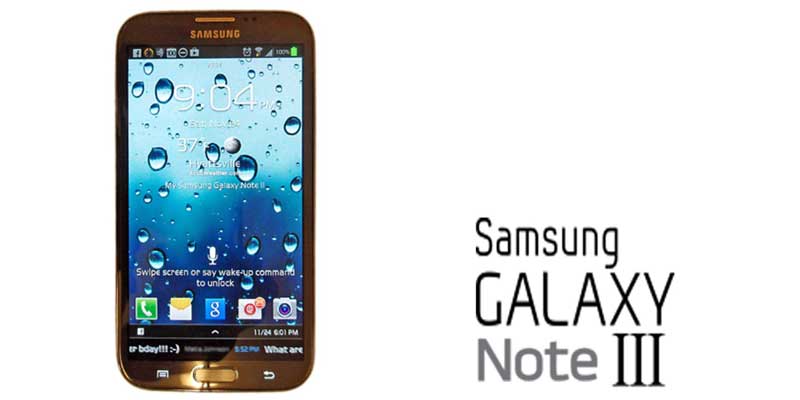 I am not sure you are aware or not but according few, Samsung is soon set to launch its new Samsung galaxy note 3 at IFA on September 4, hence we decided to help you out with all the information we can provide to you.

As stated this brand new phablet from the house would hit the market just after a week of launch, in short this is the perfect time to check out all the basic details we possibly can, so that we can stay in stream with the rest.

We all are well aware of poor results Samsung galaxy 2 ended up with, and why not? With an over built size and sluggish software there were hardly any chances that this product could have done anything better. In fewer words, all the hard word work done by original Samsung galaxy note was turned back to zero. Although there is no doubt there were few better changes as well, for example screen sensitivity was improved, battery capacity was improved and how can we forget about more RAM, in fact screen size was increased as well from 5.3-inches to 5.5-inches.

Now that we have noticed such drastic changes from original note to note2, let’s check out what all we can except from the upcoming version of the same names as Samsung galaxy note 3.

Although there are very good chances that the specs we are providing to you might not be the actual ones, but then these are what we are getting to listen about. Starting with the screen as reported by sources Samsung galaxy note 3 might come with a screen size of 5.5 inches to 6 inches. Even there were few pictures online where it was clearly shown that this device might measure 5.68 inches diagonally. No matter what! One fact for sure is it’ll be a big screen we’ll be provided to work on. Also it is said that this new device would be coming with full HD super AMOLED display just like the previous one.

While checking out few more multimedia features we come to know that Samsung galaxy note 3 has been provided with 13 mega pixel resolution camera, in terms of processor it will either come with Qualcomm’s Snapdragon 800 processor, or Samsung’s own Exynos Octa CPU (depending upon in which part of world you live). 3GB RAM with two versions in terms of storage capacity of 32GB and 64GB would be provided. Android 4.3 and few more added s-pen features are supposed to be provided.

Moving on to the price, according to what has been mentioned on various online websites this is one section which has yet not been speculated at all. Although we can assume that this product’s price would be somewhere close to note 2 but still there are so many changes that it is hard to comment anything with surety.