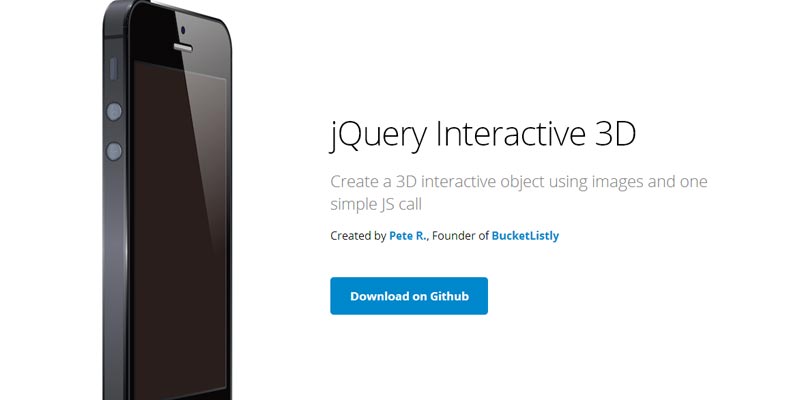 Jquery Inteactive 3D plugin is a free jquery plugin developed by Pete R the founder of BucketListly, it offers you to created 3D interactive object by combining several images (taken from different angle) in a frame. You can check out the awesome example of 3D Iphone in which 38 images are used and combined as a frame.

The cutting edge, newly developed jquery plugin is well tested on modern browsers i.e. Google Chrome, Mozilla Firefox, and Safari on both desktop and smartphones have been tested. Have not test on IE.

With the help of this plugin you can create 360 degree view interactive objects.