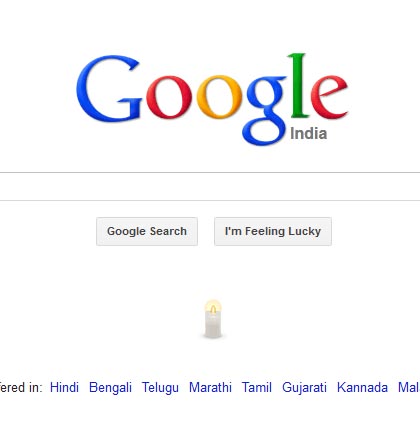 As the 23rd yrs old victim died on 29th of December battling for her life the whole nation mourns.

On 31st December 2012 ahead of New Year 2013 it’s not a fancy google doodle on homepage of www.google.co.in but a small image below the search bar. Once you move the cursor on the candle, it reads: “In memory of the Delhi braveheart”.

It’s a touching gesture indeed as she was brutally gang-raped by six men on a moving bus here Dec 16. She was admitted to the Safdarjung Hospital, and later taken to Singapore for specialised treatment after her condition deteriorated. She died early Saturday.